Thirteen years ago the development studio called CD Projekt RED has founded in Poland. As a result of the financial problems of the years that passed and the patient and elaborative work style of the developers, the studio itself is known for only one title: The Witcher. Now everyone in the industry certainly knows the name, this way or that, and the studio which had to cancel their games in development in the past for not having the economic independence they dreamed makes its name echo louder than ever by reaching four million copies in two weeks with their latest installment to the series. Even when we are looking at the details the great picture is still quite striking, but let’s look at what lies behind that success.

Witcher as in the books 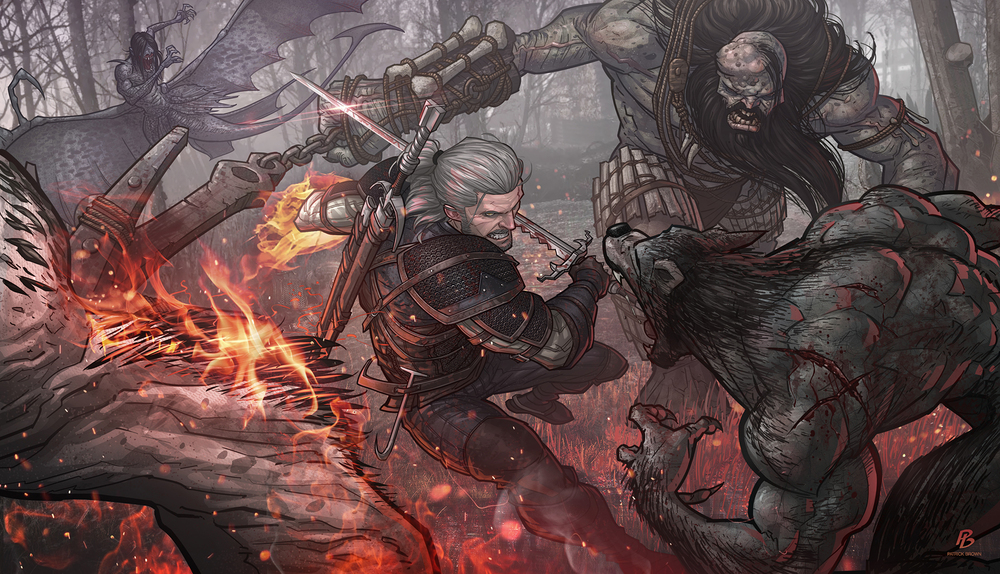 Alright, alright. A great deal of credit goes to Sapkowski himself and his inspirational books. Although the events in the games takes place after the saga while having no direct connection to it, the books still have an important role as they give the games a background of history and characters, a solid base of setting and a compelling atmosphere. There’s a world already built with its dwellers and monsters within countries and cultures, so all the games have to do is to tell tales worthy of the tone of its predecessors.

The Witcher has an admirable knack at exercising different genres and this proves true for both video games and the books. Sometimes the story places you lingering in a nightmarish horror and before you know it, you are back in action –in the center of a sword-and-sorcery fight. You usually get the bitter taste of drama but luckily the stories don’t always hold back its happy endings. As there exists heavy politics, there is always room for humor, a dark and sarcastic kind of it. Besides, the important thing is that the shift between different genres occur frequent and always skillfully.

Success behind the games 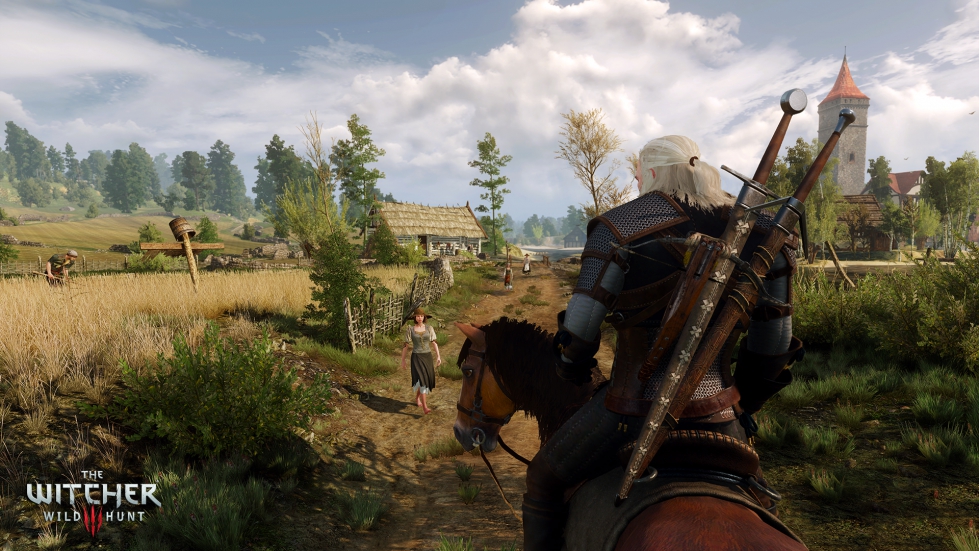 But to be honest, the literary influence has never been the trump card of the series. The Witcher is a RPG and it does what an RPG has to do: cheating the player for living in a real world. Essential part of this quest is undeniably the surroundings and since the genre has always been appealing mainly to the mature audience, presence of the adult elements can easily be seen. Here, in the world of Witcher, you have what you have in real life: drinks, people, violence, sex, intrigue, small talk, love, gambling… And all this stuff is just not there for the sake of it, (especially in the sequels) they are pretty much integrated to both mechanics and storytelling. Again, similar to the real life, one inevitably comes to the point of making decisions. Politics, friendships, principles –and of course- romance get all entangled to bring you the finest dilemmas. Soon you shall know that your choices will come back to bite you (this game or another!) so games will make you think and sweat while you were busy, planning to make another playthrough for the other option.

As the games come from a literary background, there is a strong and characteristic protagonist on the focus, Geralt of Rivia. You play the role of this “White Wolf” in all three games. Having a main character in hand and not having a sandbox world (in contrast to Skyrim and its predecessors, as The Witcher frequently compared to them) bring suspicions about linearity, but this is good opportunity to understand the way the game it works. With its essentials, the game builds itself to draw attention to its detailed storyline and raise empathy to the characters it has. You barely notice the lack of items or places as they are out of the main interest of the game. Also the series usually let the players delve into the story to the extent they have in mind, but slightly reward the ones that are bold and eager to take part in the story.

CDPR as a company 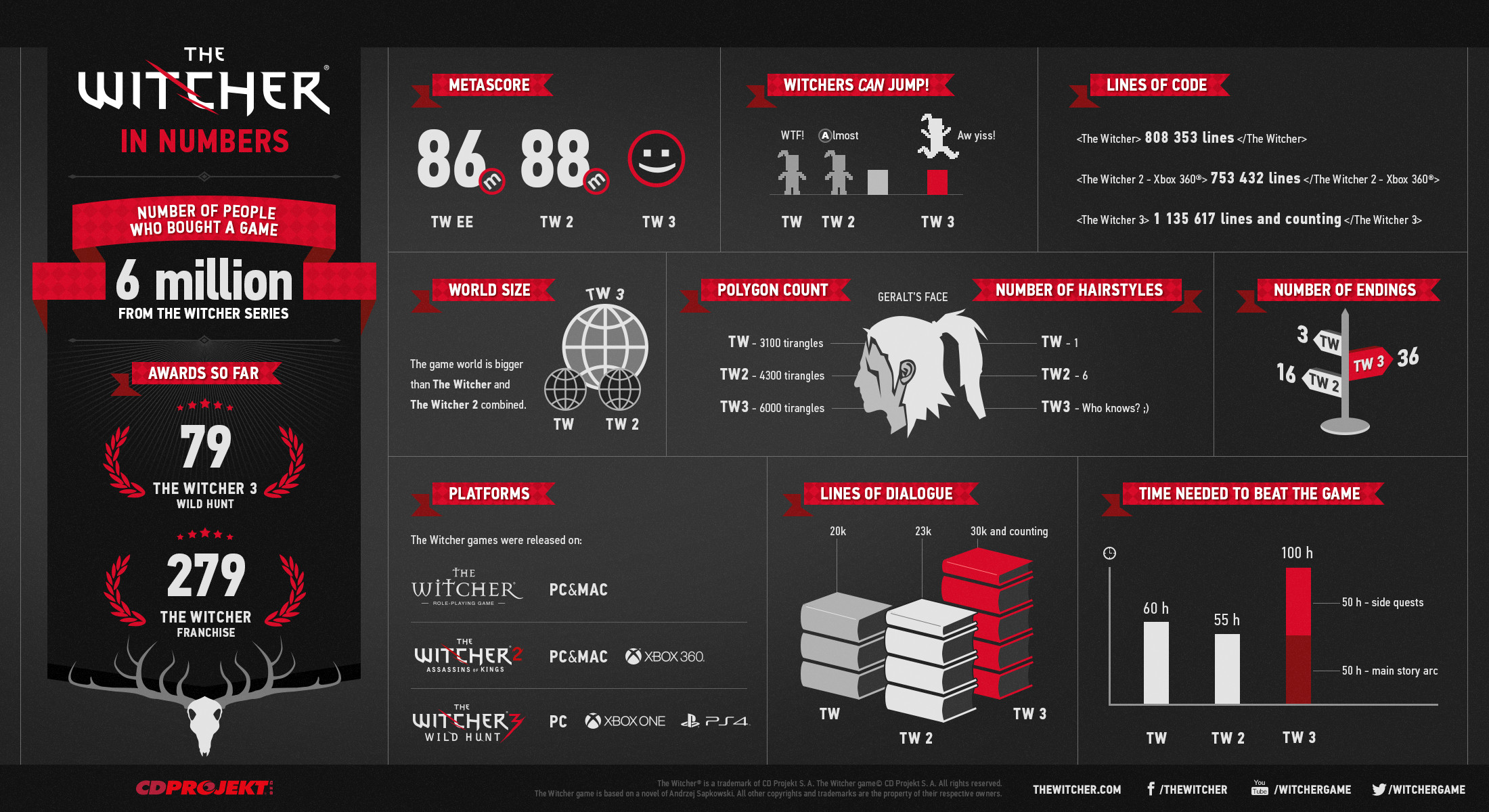 We’ve talked a lot about the successful aspects of the only intellectual property of the CDPR (don’t worry, another one is on the way) but the studio is also revered by the gamer society for its mostly highlighted principles. They’re appraised for their policies against DRM and microtransaction market as well as their exemplary actions in those issues. First Witcher was DRM-protected as a part of the publishing agreement with Atari. Second game, the studio tried DRM again but later they took a step back and finally, on the last game, they stick to what do they believe and didn’t include any kind of protection except for Steam.

At every step the developers have learnt by their mistakes and found their true opinions on where they are going to stand as a company. Now they find DRM useless as every game gets a cracked version immediately, and what they have in mind is simply to be “user-friendly”. They say that it isn’t hard to empathize with the players and what they are aiming to do is to build trust and mutual understanding between the company and the players. (If you haven’t heard of it yet, check out gog.com, it is an epitome of the CDPR’s principles.) “Nothing makes a developer happier than seeing gamers have fun with what they created.” tells the developer Iwinski –co-founder of the company. This is a true “For gamers, by gamers” moment and the idea summarizes what the company symbolizes for now.

What expects us in the future? 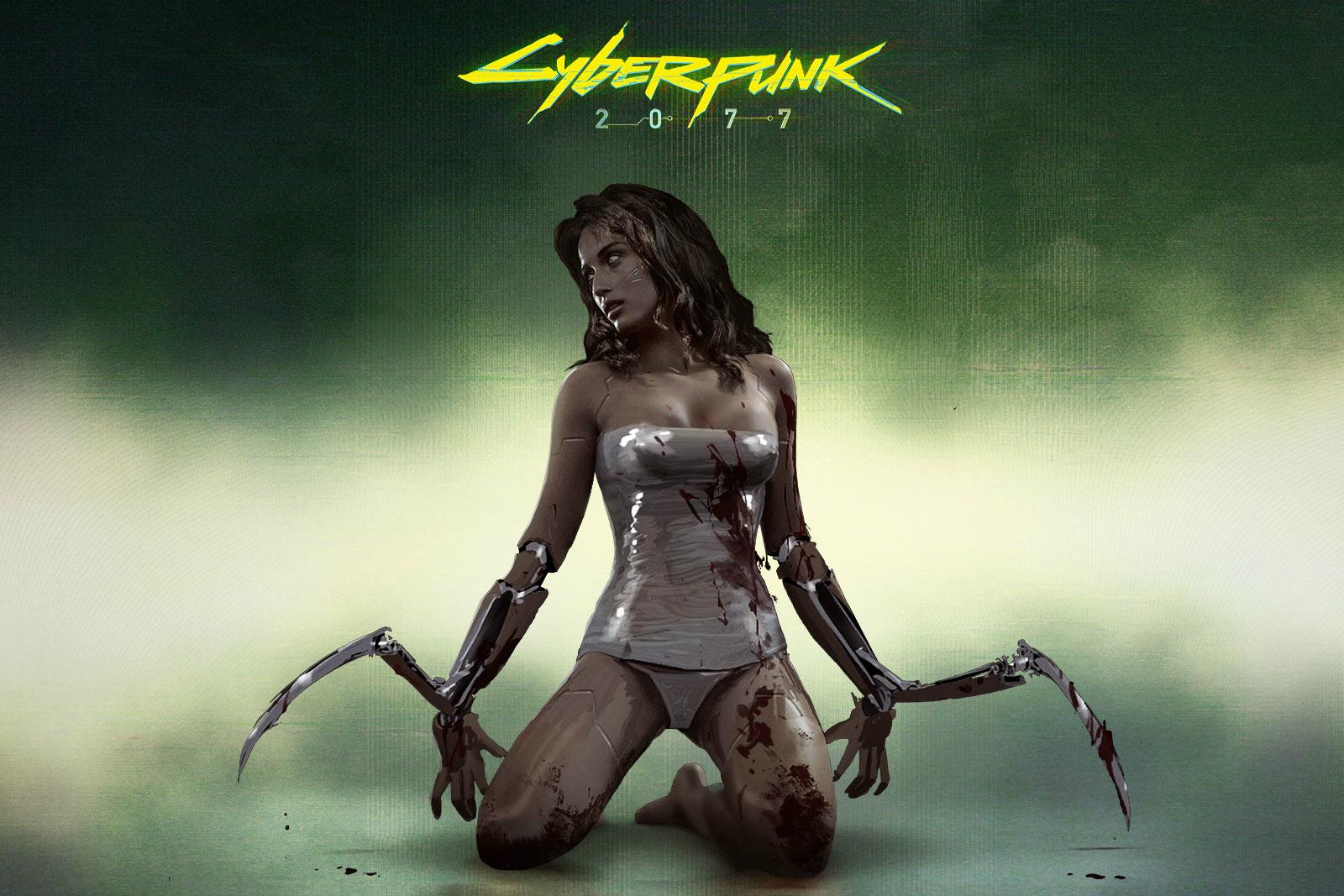 All three games have met well responses and each time a new game hit the shelves, both sales and critical reception improved noticeably –as a result of not rushing another sequel after an immediate success. (Not taking the two spinoffs into consideration.) It is honestly a great achievement that making a debut so grandeur for a dialogue-filled game which draws inspiration from fantasy novels of Slavic culture and making these games to be globally recognized as a hallmark of RPG.

CDPR introduced Wild Hunt as their last game featuring Geralt, thus this statement doesn’t mean the end of the franchise in gaming industry, even implicitly hints otherwise. In future the company will probably return to its flagship, no matter how much success their future plans would bring, but leaving the series at its pinnacle looks like the most convenient decision for now. Also we have no reason to worry about Geralt as his name will go on with the new books, comics and what else in future. Long story short, even if we are bidding farewell to the Witcher, everything is fine for now.